Remember ... you can come along and watch any game at Barnards Green FREE OF CHARGE.

Enjoy a very high standard of sport without an admission fee.

The first team took on Cannock today at North End Lane - 12pm start and returned to the top of the table.

An interview with the ground staff confirmed that they were expecting a run-fest on a hard, flat wicket

under the baking sun. The Green had a couple of key players missing but worthy replacements available

and after a tense finish The Green ran out winners in what turned out to be a very low-scoring encounter. 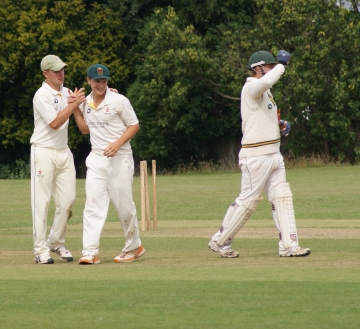 Andy Ford finished with figures of 4 for 50 after a loose start.

Below - The Green players take tea in confident mood. 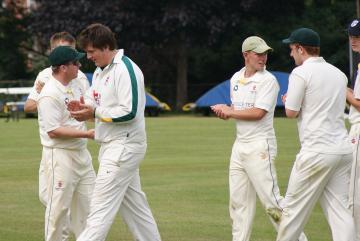 visited Martley who are currently languishing in the relegation zone. Both teams secured wins.

two teams to compete in both division four and division five matches and conceded the match. These

much needed points see The Green 4ths out of the relegation zone, at least for the time being.

Halesowen on Saturday. Meanwhile, at Newland a much-stengthened third team saw off

Cleobury in their 24 point victory. The seconds and fourths were both soundly beaten with

a very young and inexperienced fourth team in particular putting in a good, solid performance

in the field but suffring from a distinct lack of batting as they were bowled out for 50.

21st July - Weather set fair and cricket promised for all for of our Saturday sides.

Home fixtures are for the 1st against Water Orton and the 4ths vs Ross on Wye. The 2nds travel to

Coventry and North Warwickshire whilst the 3rds hope to find that the waters have receeded at Ross.

7th July unsurprisingly saw a total washout for most of the games in the Birmingham and Worcester League.

to prepare the wickets. There are strong rumours that we are looking into the possibility of getting a grant

to put a retractable roof on North End Lane in the same way that the All England Tennis Club did.

Anyone out there got £125 million to spare?

8th July - We do have a home league game scheduled against Beacon. If this is unable to go ahead then members

put a few shillings over the bar.

with a trip to Brewood. 3rds and 4ths have home and away ties against Old Vigornians.

This evening's entertainment comes in the shape of the Fabulous Boogie Boys. If you haven't yet got your ticket

then you need to act now to avoid heartbreak.

The 1sts entertained Eastnor on Saturday and, with no matches for the 4ths or 2nds, the largest crowd of

the season so far were treated to some excellent cricket from both sides.

catches and contributing to two run-outs. The Green ran out comfortable winners.

The only other Green side playing was the 3rds who recorded their first win of the season at Old Hill.

Notable contributions were a half-century from Ratters and 4 wickets each for James Scullion and MJ.

to get the ground playable.

Washout! Like most of the Worcestershire and Birmingham league games all four of our matches were

abandoned without a ball being bowled.

Results for Saturday matches did not go well this weekas the 1sts, 2nds & 3rds all lost and the 4ths game

was not played.  (Pictures from 1sts vs OEs)

the game away in spectacular style. (Match Reports)

It was left to the Sunday seconds to boost morale as they recorded another win over a strong Stourbridge side. 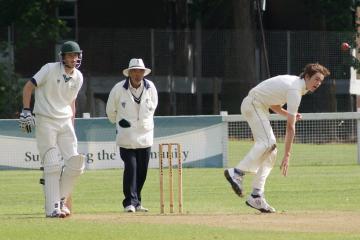 James Marsh and Ashlea Brewer in action on Saturday against OEs.

the form book can go out of the window on these occasions. Good luck to both sides .

brightening up and sunshine promised for the afternoon it will be good to get all four of our sides in action.

10th June - The afternoon's entertainment comes in the form of a second team game - 2pm Start.

at some stage so that we can check on our progress.

outside you still have chance to enjoy a drink and some big-screen sport entertainment.

of the Birmingham League. Read the report.  Meanwhile the Sunday Social's entertainment

moved to Monday and was provided by a tour match against Old Georgians (read the report),

which resulted in another close-fought encounter between these two teams. The lighting of the Jubilee Beacon

after the match to enjoy the occasion.

A third consecutive 24 point win for The Green takes us to the top of division two of the Birmingham League.

The firsts beat Cannock in a hard-fought and closely contested game to claim maximum points.

Studley. Both of the Worcestershire League sides lost to strong opposition and seem to lack a little confidence at

An excellent game of cricket was enjoyed at North End Lane on Sunday when Worcestershire Ladies met Cheshire Ladies.

to our under 10s on achieving victory over Hanley & Upton again for the second successive Sunday.

should provide a stern test for BGCC teams still short of a number of key players. The fourths have the

added attraction of their first game this year and Newland looks a treat.

performances whilst Judd's second's have another home fixture against Studley. Good to see Kev Golder

back and giving it a go so soon. Thanks to the ground staff, members and all others who have worked

so hard over the last few weeks to get our grounds into such great order under testing conditions.

Now let's get out and enjoy some cricket. 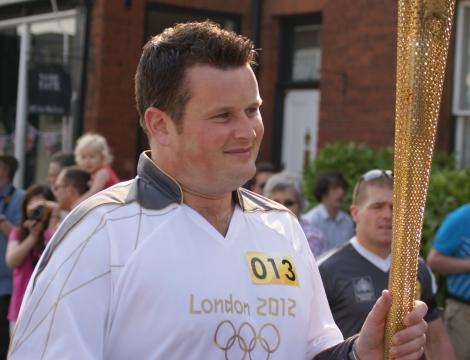 jogging in The Link on Friday.

4th team are still yet to play.

The seconds and firsts secured good wins, the seconds win over Kenilworth Wardens due largely to an

dispose of the opposition for just 95 runs.   Match Reports

Sunday 20th May saw another win for Marek's Marauders. Slightly one-sided affair in the end but an excellent 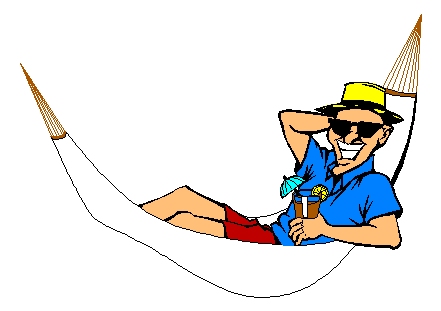 Unfortunately tour will not be going ahead this year. 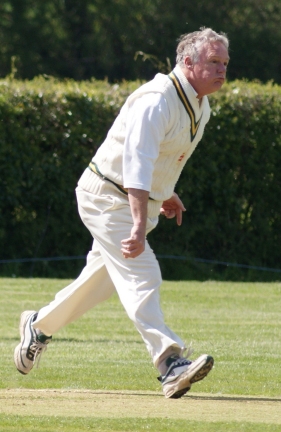 Mixed results for The Green with a win for the1sts,

their season under way. The absence of a number

of key players through injury or other commitments

puts pressure on the selectors but with the football

will hopefully start to become available.

Sunday saw the Sunday 2nds travel to Bewdley to

record a  fine win in their opening match of the season.

Robbie Lewis in "action" for the

3rds against Ross on Wye. 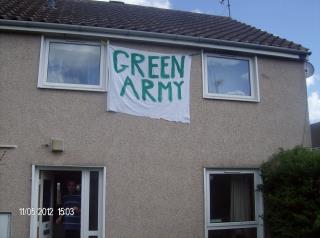 in a thriller which ended with a Lee Mason penalty securing the trophy.

determination gave them the victory at 10.55pm !!!

Thanks to the WESSIE brigade for their part in this "epic"encounter.

Pease pass on our best wishes, particularly to the player who suffered that

Now, Back to Cricket.

Thanks to determined efforts by our groundstaff it looks as though we may get cricket this weekend.

The 4ths match away at Ross has already been called off but the 3rds at Newland should go ahead as scheduled.

It will be damp but hopefully playable. Stand-in skipper Disck Brown looks for a 1.30pm start.

At a squelchy North End Lane the 1st XI are due to host Halesowen at 12 noon whilst the 2nds travel to Bromsgrove.

by the first treat of the year for the Sunday Social as a Sunday 1st XI take on Stourport. 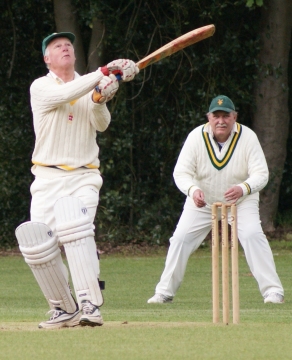 As far as cricket goes this was a disappointing weekend for The Green.

a wicket, the 4th team game had to be called off so delaying their start

The 3rds visited Avoncroft where the opposition players and groundstaff

have to be congratulated for their determined efforts in getting the game on.

Put in to bat first on a damp, slow wicket The Green managed to score 119

runs before being bowled out. with Roger Thompson getting 57 of these.

and Avoncroft achieved their target for the loss of just 3 wickets.

Roger Thompson on his way to his first half-century of the season.

and this proved to be a great success amongst players, supporters and those club members who attended.

Congratulations to Radar on achieving promotion and on reaching the final of their cup, re-arranged for

finally get cricket underway at The Green. 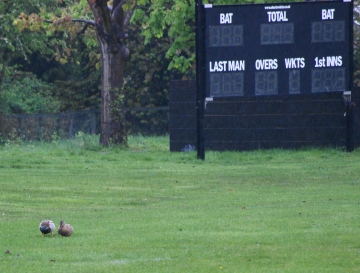 These could easily have been the first two ducks seen at

North End Lane this season if Judd and Josh had not beat them to it.

The re-scheduled final of the Nursing Minor Cup will be at Malvern Town's ground on Friday May 11th.

Kick off is at 7.00pm. Get out those Green Army polo shirts and come along and support RADAR FC 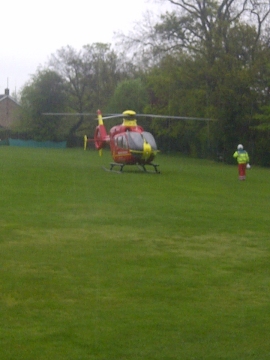 Perhaps the largest chopper seen at The Green?

Unable to get into his usual parking place

the Club President drops in for pre-match

Both the 1st and 2nd XI fixtures were washed out. So, better luck next week when we try again and

local league starts for the 2nds and 3rds. The man upstairs guarantees a scorcher!

Well the wait is finally over and tomorrow, (weather permiting) , will see the return of league cricket to The Green

Meanwhile the 2nds get their season underway with a visit to the beautiful Brockhampton ground.

get their campaigns underway next Saturday (5th May).

Thanks to everyone who has been asking about the Sunday fixtures at The Green. We know that the Sunday games

are particularly popular with spectators and as soon as we get final confirmation of the fixtures then they will be on the site.

club members, sponsors and supporters know what is hapening at our great club.