Barnards Green Cricket Club this year celebrates 75 years of providing cricket to everyone. "The Green" could not have achieved the recognition they have as one of the premiere clubs in the Midlands area without the tireless efforts of a string of volunteers who remain largely anonymous. Every club needs members who quietly get on with the job of making sure that  when the players turn up on Saturday afternoon they don't have to worry about the little details that make playing at The Green a pleasure.

In it's 75th anniversary year The Green wish to recognise the efforts of those  people who "quietly get on with it". Thanks to you all.

As a precursor to the 2010 Cricket Season Barnards Green C.C are hosting a sportsmen’s evening to be held on Friday 19th March at 7pm.

The evening kicks off at 7pm with a hearty meal of pie and mash. Dave Bradley will lead the evening

from here covering some tricky questions for Steve and Daryl including WCCC’s fortunes for 2010,

emailed in advance to adambinks1@hotmail.com or dreamt up on the night.

On February 19th tickets will go on sale to non members so make sure you secure your tickets as soon as possible as numbers are limited.

Tickets can also be purchased through contacting the following e-mail address; timw93@hotmail.com

as there are substantial costs involved in hiring the new facilities.

Can you help one of our fellow cricketers?

live entertainment from "Passion". Sincere thanks are extended to everyone involved in the preparation and smooth

running of the evening, not least the small army of cricket section members, partners and family members drafted in

as waiters for the evening. Let's all hope that the Vice-Chairman's wrinkled hands will soon recover from the washing up.

Some pictures from the evening can be found here.

Indoor nets sessions for the 2010  season have already been booked. We have secured the

Further details and costs will be communicated to members early in the new year.

The cricket section dinner at The Worcestershire Golf Club was once again a great success and enjoyed by all.

Thanks to everyone involved in the organisation of the even. Pictures from the evening can be found here. 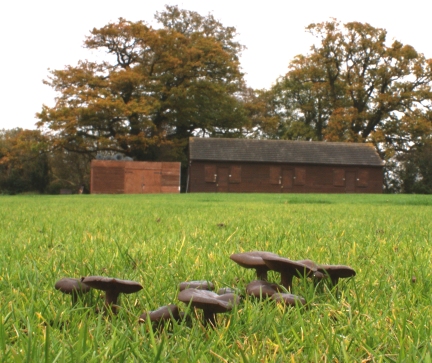 The square at Newland - looking it's best.

The website now has message board, calendar and chat facilities. These are available via the link

on the main homepage. There is an automated self-registration process.

Robin  Longmore talks about life as a Colts Co-ordinator at The Green.