You can have your advert including an active website link in this space.

Indoor senior nets will again take place at Malvern College and will run on Wednesday nights:-

Huge thanks to everyone involved with the live music night at The Green, including

the performers, organisers and not least the staff. The event was a tremendous success

and already there are calls for an early repeat. Thanks also to everyone who bought tickets and

gave your support. If you were unlucky enough not to get a ticket then make sure

that you get in early next time. Watch this space!

Please note that there are no tickets available for the live music night at The Green.

There is no point asking - there are non left.

To everyone who bought tickets - thanks for your great support.

IMPORTANT MESSAGE - Battle of The Bands - SOLD OUT

is by advance ticket only. If you do not have a ticket then you will not be able to pay on the night.

Entry to and from the event will be strictly controlled so please do not turn up without a ticket!

attended the "Battle" can enjoy free entry on the 5th February to Priors Croft after the event is over.

Further information is available from Mettie or Smeds.

at The Green was postponed. The draw will now take place on Sunday 30th January.

Please come along and support this major fund-raising event....

Entrance to this event is by Advance Ticket Only  as numbers are strictly limited.

Entry on the night will not be possible if, as is anticpated, all advance tickets are sold.

Tickets can now only be obtained from BGCC.

have now confirmed and so the evening promises to be rather special.

Don't miss out - the evening promises to be rather special!

Tickets go on sale today (14th January) for the Battle of the Bands.

This is your chance to see and hear some of the best, (and possibly the worst ),

talent that The Green has to offer performing live on stage.

you need to act now to secure your place at the event. Tickets can be obtained from The Green

February 5th 2011 will see a live music extravaganza at The Club.

both solo sets and as part of a band with proceeds going to club funds and other worthy causes.

Whilst we are not able, ( for contractual reasons), to reveal the identity of all of the acts involved

you can be sure that at least one member of the acclaimed beat combo, "The Beauchamp Road Set"

will be performing live on the night. Places for the event are obviously strictly limited and therefore

you will need to obtain your tickets as soon as they go on sale. Watch this space for more information.

A picture of a local celebrity.

so Beauchamp Road in Malvern is having the same effect currently.

With artists such as the "Jack Snatchers", "Porky and the Turtles", "Sincerely Someone Else's",

"Turdbag" and The Chocolate Dustbin" lined up, (yet to be confirmed), for the 5th February event

Malvern is at last getting "on the map". For more information please contact us.

Indoor senior nets will again take place at Malvern College and will run on Wednesday nights:-

As part of the cricket section's development plans and clubmark accreditation we are organising
a meeting on Sunday 28th November at 7.30pm at the club.

The purpose of the meeting is to ascertain certain information about our current coaches, in particular:-
Are you actively coaching either at the club, in a school or anywhere else?
What is your current qualification and do you want to progress to further levels?
Do you have First Aid, Safeguarding & Protecting Children, CRB clearance?
Are you aware of further courses that are available, both cricket specific or general sports?
Are you a member of ECB CA, or want to know the advantages of becoming a member?
Are you available to carry out some extra coaching for the WCB/BGCC in schools from January to July?

All persons currently holding a coaching qualification of whatever level should please try to attend, as should
other persons who intend to assist with coaching in the future.

issues. Tim Williams was re-appointed as the first team captain for what promises to be a testing first season

in the Birmingham League and we wish him every success as he takes the club forward.

Robbie Lewis, having served the section for many years in his position as Treasurer, received unanimous thanks

and praise as he handed over the reigns to Kevin Golder. Changes to subscriptions and match fees were discussed

at length and modest increases announced. Those present all agreed that if you want the best facilities then you need

to pay for them.

Andre's debut for the Windies. You can listen to the full interview here.

Thanks to BBC Hereford and apologies in advance if any copyright has been infringed.

At the clubhouse, North End Lane.

ALL PAID UP MEMBERS OF THE SECTION ARE WELCOME AND ENCOURAGED TO ATTEND.

Ex-Barnards Green player Andre Russell has made his senior test debut for The West Indies against Sri Lanka.

Well done Andre. Obviously all of that net practice against 13 year old girls and The Mighty Fourths has paid off. 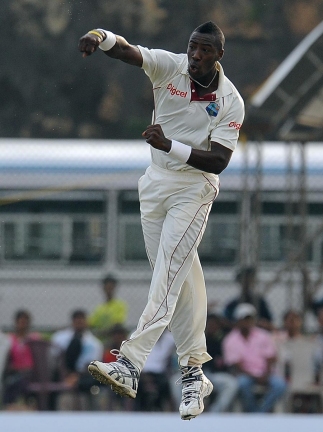 with his second ball.

The Colts section AGM was held at The Green on Sunday 14th November 2010.

Congratulations go to Cyril Dean who has taken on the position of Colts Section Chairman.

Thanks to all of those in attendance and for the generous, continuing support of the Colts main sponsor :-

At the recent annual dinner and presentation, the following awards were made:-

Engine getting hit for a straight six.

There are still a number of new club ties available for purchase. The newly designed club tie commemorates

the 75th anniversary of The Green and in this, one of our most successful seasons you can wear your tie with pride,

particularly if you are attending the section dinner or the league dinner. Contact Robin if you want one. 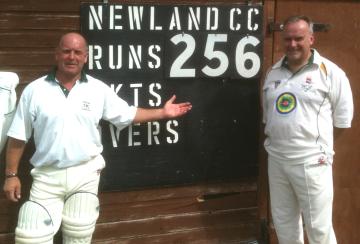 their knocks of 155 not out and 116 respectively

Captain's Season Reviews.
The reviews section of the website is updated to include Captain's, ( and others' ) reviews of the season as soon

as they are received. If you have not yet submited your review then please let us have it as soon as you can.

yourself via the forum section of the site.