Barnards Green Cricket Club - May 2011
Presentation and opening of the new nets with the following invited guests:-

With the generous assistance of The Joanna Brown Trust and The ECCB
The Green now have superb practice nets at Northend Lane.
Representatives from all sections of the club and it's many friends and sponsors
were invited to the official opening on the 6th May. 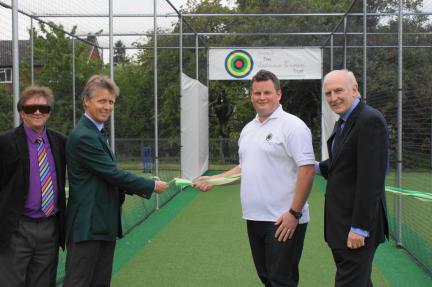 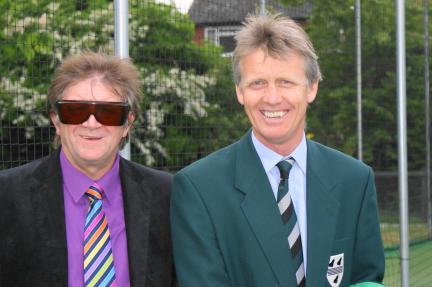 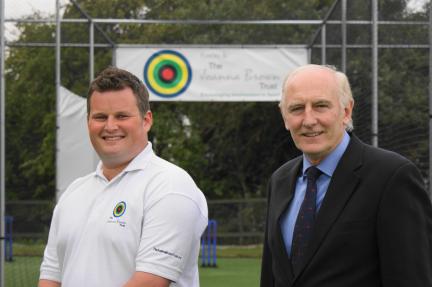 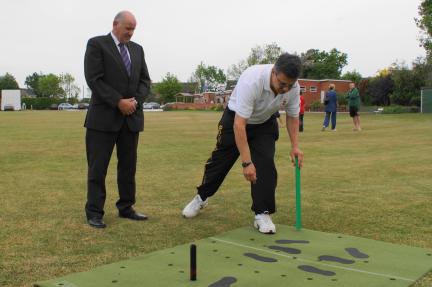 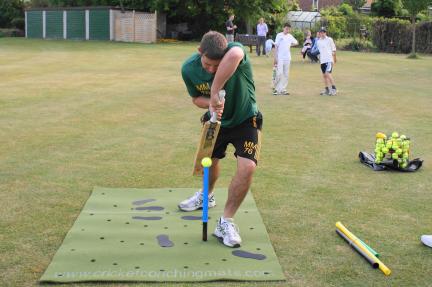 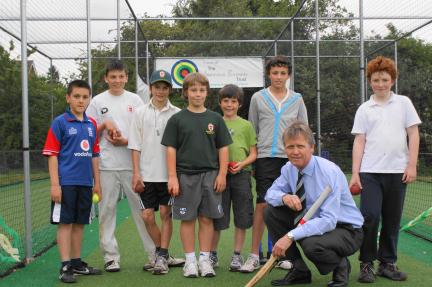 Tim Curtis with some of The Green's young cricketers
in front of the new nets at Northend Lane. 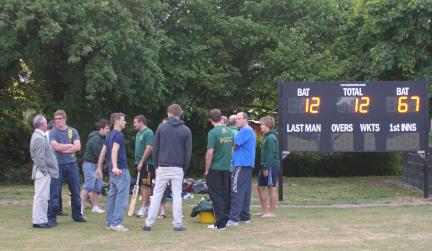 Some of the senior squad in front of the new scoreboard
which, thanks to the efforts of a small team of volunteers,
was finaly installed and commissioned just in time for the
opening ceremony and the first league match of the season. 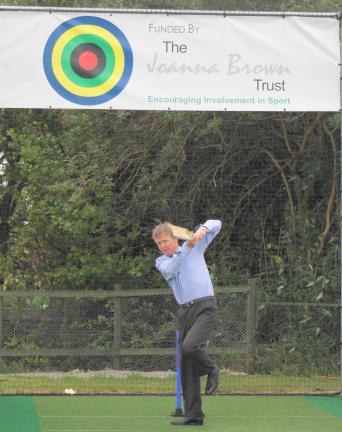 Tim Curtis tries out the new net facility.
(BGCC does not condone batting in the
nets without the use of the apropriate
protective equipment at all times).
☺