Date for the diary. This weekend ..... 31st March  Return of The Bellends

Spandex Bellend (and others) will be playing live at The Green.

Tickets on sale at The Green - £3 each or two for a fiver.

Selling out fast so hurry!!

Click here to read Chris Horne's spring newsletter. Interesting and important stuff including details of the

So now we have two international ex-Green players on the telly at the same time.

Andre is in action for the Windies against the Aussies whilst Flynnie opens the batting for New Zealand vs S Africa.

We wish them both every success - until they play England of course.

and looks likely to be opening the batting against South Africa.

Thanks to the time difference it's on telly in the UK at a sensible hour.

Sunday 29th April.  And for those lovers of exciting, skilful, cultured football - well you are out of luck but

you can always go and watch The Nursing cup final featuring our very own
Mighty Green Radar Army on 6.30 k.o. Langlands stadium.

"Just wanted to let everyone at the club know that I made the 26 man Unicorns' squad for this season!! Massive thanks to everyone at the club. I've spoke to few people, but - For everyone who has helped/coached/done anything for my cricket over the years, I wouldn't have got this opportunity if it wasn't for everyone down the club, it is massively appreciated!! Just shows hard work pays off!!! Much love  PH x"

Former club member and player Brian Hancock sadly passed away during the night at his home address.
He had been ill recently which had necessitated hospitalisation, but he returned back home a few days ago,
where it was hoped that he would make a full recovery
For those of you who did not have the pleasure of knowing Brian, he played for us for a number of years
and was a valued member of the club.  Our thoughts go out to his wife Penny and step son Chris. 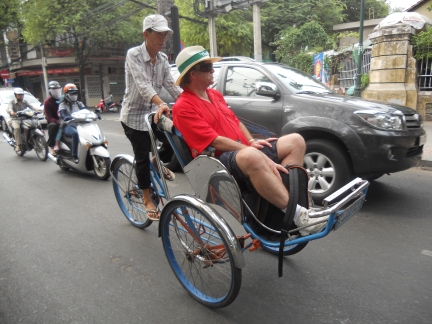 Whilst most people shiver

and freeze and get on with

the crucial work of

club for another important season,

takes a little time out to plan

We are looking to arrange a tour to Bolton this year, in early June, to coincide with the extended bank holiday.

At the moment we have provisional fixtures with Middleton, Heywood and Bury.

Cyril is currently looking into the arrangements and needs to guage the level of interest in touring this year.

It would therefore be very helpful if you could let him know by email your thoughts on accomodation, location etc

and register your initial interest (or otherwise). He would also appreciate other thoughts that you may have on the subject.

You can use one of the following links:-

I will DEFINITELY be touring.

I will NOT be touring

I would like to have futher information before deciding.

SENIOR INDOOR NETS have been arranged again at the excellent new facility at Malvern College.

They will run for six weeks on Wednesdays. 7-9pm.

Fees will be £5 per session.

of all standards – the more the better!

Note that Colts in Under 16 age groups and above should be attending these senior sessions.

each Sunday afternoon from midday. We always have live sport on the big screen

and this is proving to be very popular.

Our overseas player for the coming season has been confirmed.

but will be returning to the UK for the fourth year in succession to play at The Green.

Josh is a talented seam bowler and we look forward to welcoming him to Northend Lane.

Tim has been busy arranging winter training sessions and we are pleased to confirm as follows:-

Sessions will have a fun element and we will hit some balls and look at technique, batting and fielding especially)

but will also include some fitness and conditioning! Tim has stressed that these sessions are a must for anyone

at a cost of £4 or £2 concessions.
If you need further details then get in touch with Tim or contact the website and we will pass on your message.

Just a reminder about the Sunday Social..

Malvern Radar FC play their home games on Sunday mornings at Victoria Park and have their base at The Green.

They are currently second in the league and have a number of crucial games coming up.

Several of our social and cricket section members play for Radar and many more turn up each week to support.

to come along and support our adopted footie club. Post-match analysis takes place in the bar from about 12.15.

during Sunday afternoons and these can be enjoyed on our recently updated big screen. It costs a lot for us to show

live matches so please come and use the facilities and spend some money over the bar.

Thanks to everyone involved with Radar FC and The Sunday Social for supporting your club throughout the winter.